The best languages to learn when doing an internship

One of the most attractive things when traveling is getting to know foreign countries, places different from your birthplace, and your daily life. This entails a challenge: the language barrier. People from the most visited places speak other languages ​​and dialects, which generates some difficulties.

Although nowadays it is easier to make yourself understood and follow instructions, thanks to technological advances such as translators and maps in your cell phone, to make the most of the experience, it is highly recommended to learn the native language of the place you are visiting. The use of different languages ​​allows you to communicate directly with the natives and get involved with foreign culture.

Learning a new language, especially from the beginning, is difficult and can be time-consuming. When the goal is to use your own communication tools on a trip abroad, you don't need to seek perfection or complexity, but intelligibility.

For this, there are special methods, such as intensive courses for travelers or applications in mobile devices aimed at self-learning. You may not learn to write or read fluently, but you will be able to chat with other people making use of a basic level of the language.

What languages do you need ​​to learn when traveling around the world?

There are certain languages ​​that can be very helpful to start learning if you want to travel the world and visit as many places as possible.

The first of them is English. It is one of the main languages ​​in the world, with more than 400 million natives, but up to four times that amount when talking about people who speak it as their second language. English is called a "wildcard" language since it is possible to communicate almost anywhere with it.

People from the main tourist spots, even if they don't speak English, are prepared to work with this language, and it is very common to find a great variety of instructions in English. You will always find someone to help you if you speak this language.

Spanish is in second place. It is the second most spoken language in the world, with almost 500 million speakers. It is located only behind Mandarin Chinese. The Spanish language is found in Europe –Spain-, Africa, Equatorial Guinea, North America, Mexico, Central America and Latin America.

One of the main characteristics of Spanish is that each country has its own dialect. This means that there are many varieties, expressions and other elements typical of each place. With the basics of Spanish, it is possible to communicate in any country, but the learning process never stops. It is possible to get something new from every place you visit.

The third recommended language is French. Especially if you want to visit Africa. Many of the countries were French colonies, so they speak this language. In total, there are 33 countries that use French as the first or second official language. In addition to Africa, France, Belgium, Monaco, and Canada stand out. Despite not being among the ten most spoken languages because of the number of inhabitants who speak it, it is an interesting alternative to take into account. 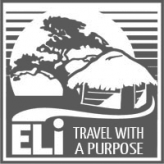 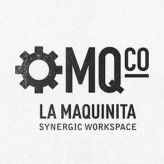